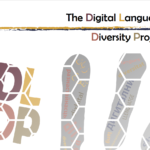 This report presents the results of the first survey about the actual needs of European minority languages speakers regarding digital opportunities. The survey is part of the work carried out by the Digital Language Diversity Project (DLDP), a three-year Erasmus+ project that started in September 2015.

The goal of the DLDP is to help minority language speakers in the acquisition of intellectual and practical skills to create, share, and reuse online digital content, at the same time defining general guidelines and best practices for the promotion of minority languages with poor digital representation, a fact that further prevents their usability on digital media and devices.

The focus of the project is on four European minority languages at different stages of digital development (Basque, Breton, Karelian and Sardinian), which enables a comparison about the role of the availability of digital content for promotion of digital usage of these languages and development of language-based digital applications.