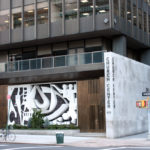 Language and the Sustainable Development Goals (SDGs) was the topic of a symposium held at the Church Center for the United Nations, in New York, on April 21 and 22, 2016.  Over one hundred academics, diplomats, NGO representatives and UN officials attended the gathering, which examined the linguistic implications of the SDGs, set by the United Nations General Assembly as the basis for the UN’s development agenda for the period 2015-2030.

The keynote address was given by Suzanne Romaine, former Merton Professor of the English Language at the University of Oxford.  Michael Ten-Pow, Special Adviser to the UN Coordinator for Multilingualism, described his work in the promotion and maintenance of multilingualism within the United Nations itself.

The event was held to highlight the importance of language as a means for the communication of the SDGs to all of the world’s peoples, and as an element in the successful realization of the goals themselves. Referring to the fourth SDG, on quality education, Timothy Reagan, of the University of Maine, pointed out that “in spite of the centrality of linguistic issues for this goal, and others, it is interesting to note that language is not explicitly mentioned anywhere in the goals themselves, nor in the articulation of the targets to be met in meeting these goals.”  “Despite their lofty goals,” added Professor Romaine of Oxford University, the SDGs “still fail to acknowledge the central role of language in the global debate on poverty, sustainability, and equity.”

The symposium discussed language not only as an element in individual goals themselves, but also as the means of communicating the goals and engaging in dialogue with a multilingual world.  Stress was laid on the importance of two-way communication in which everyone could participate fully.

“Education is key to the success of post-colonial development efforts to eradicate economic and social inequalities,” declared Rosemary Salomone, professor of law at St. John’s University.  “And the other SDGs are equally important linguistically,” added Humphrey Tonkin, of the University of Hartford, chair of the symposium; “How can you have equality before the law, or livable cities, or even a worldwide concerted effort to eradicate disease or deliver clean water, if you do not have people speaking and working together, through languages that they all understand?”

It was the general consensus of the gathering that more attention needs to be paid to language in the formulation and execution of the SDGs. While development experts may be fluent in English, many of the people they seek to serve know none of the major world languages.

The symposium, convened by the Study Group on Language and the United Nations, a loosely-organized group of academics and practitioners,  was sponsored by the Universal Esperanto Association, an organization in cooperative relations with the UN’s Economic and Social Council and its Department of Public Information, and by the Center for Applied Linguistics, along with the Center for Research and Documentation on World Language Problems and its journal Language Problems and Language Planning.  The symposium was funded by a grant from the Esperantic Studies Foundation.