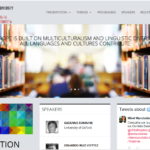 December 15 and 16  in Donostia – San Sebastian

In addition to the 24 European national languages, there are a further 90 regional or minority languages in the European Union (Report on Endangered European Languages and Linguistic Diversity in the European Union, 2013) and around 50 million EU citizens, or 10% of the population, speak regional or minority languages (Strasbourg Manifesto, 2014). Currently, the linguistic rights of these language communities and these people are not guaranteed.

This is the context in which UNESCO Etxea, in collaboration with the Donostia-San Sebastián Foundation, 2016, is organising the European Language Diversity Forum to reflect on and debate the different aspects of the development of minority languages in Europe.

The Forum aims to create a large-scale opportunity to set up agreements on specific strategies that allow vulnerable languages to be revitalised and standardised. It is also hoped that it will boost collaboration between the public and private sectors, and between the different European levels of participation: social organisations, the world of research and culture, and governmental organisations (regional, national, European and multilateral).

The European Language Diversity Forum will also work on the attitudes and discourses that have a negative impact on language diversity and contribute to the reduction of non-dominant languages, on the basis that linguistic rights are considered fundamental rights of individuals and their communities.

This event will be the occasion to introduce the Protocol to Ensure Language Rights.