This post is dedicated to the history of the Hawaiian language and the transformation processes that has undergone since the 19th century. Why? Because we don’t have to stop being conscious of the importance of loving, caring and using languages ​​that are in danger of disappearing, to prevent them remove the culture of people.

Until the end of the last century, the Hawaiian language was strong and growing in nature. Thanks to the missionaries, the written language began to be documented, and a vast body of written literature was gradually developed. In fact, over one hundred Hawaiian-language newspapers were created, and stories from these islands and other territories were printed.

At that time, the language could guarantee its generational continuity. The entire school curriculum was taught in Hawaiian language, from geography to maths. By the mid-19th century, the islands of Hawaii had one of the highest literacy rates in the world. However, that changed. In 1896, a law was enacted by a group of mostly American businessmen who had overthrown the Kingdom of Hawaii three years earlier, making it a republic. As a result, the Hawaiian language as a vehicle for teaching and learning in schools was banned and, gradually, began to decline, which has endangered the language and its culture until the present. 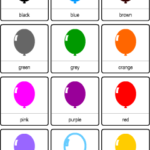 Larry Kimura was a key figure in revitalising the Hawaiian language, and for this reason he was worthy of the Linguapax International Award 2019. He created a new generation of Hawaiian-speaking speakers. To achieve it, he focused on the school institution, where he implemented Hawaiian language immersion programs in Pūnana Leo schools (usually translated as “the nest of languages”), but also encouraged the use of Hawaiian in all domains of society and created a collective awareness of using the language. If a society wants to speak a language, it must have the necessary vocabulary to be used in all possible contexts. That is why Larry Kimura documented the Hawaiian language. 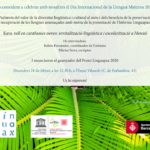 Finally, we leave these links for you to take a look.

Pretty old, it explains the history of the Pūnana Leo and the movement that started in 1998.

Some “highlights” of the 2019 Hula Contest held annually in Hilo. More ancient styles in the beginning, styles from the late 1800s and early 1900s toward the end.