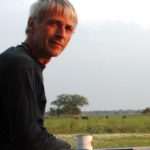 On the occasion of the International Mother Language Day 2017, oriented “Towards Sustainable Futures through Multilingual Education”, Linguapax proclaims the winner of the Linguapax International Award.

Since 2002, Linguapax commemorates the International Mother Language Day, promulgated by UNESCO to highlight the importance of linguistic diversity, proclaiming the winner of its International Award granted to linguists / researchers, activists and civil society organisations who have distinguished themselves for their commitment to linguistic diversity and multilingual education.

This year, among the 24 applications received from around the world, the international Jury made up of 40 experts elected Matthias Brenzinger, a renowned German scholar, expert in African languages, pioneer in the study of endangered languages and a major promoter of linguistic revitalisation. Brenzinger stands out for combining first-rate research, advice, awareness and fieldwork, in Africa and Asia.

Author of reference books on endangered languages, he has participated in the three editions of the UNESCO Atlas of Endangered Languages, has developed assessment tools and practical guides to initiate revitalisation programs, as well as educational materials and curricula, always with a passion for languages and compassion for the linguistic communities. 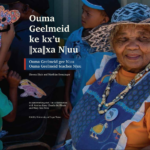 A promoter of countless projects, studies and initiatives, in 2012 he created the Centre for African Linguistic Diversity (CALDI) at the University of Cape Town to foster the sustainability of linguistic diversity on the continent, supporting the communities that most need it. As a sample, he has recently presented a trilingual book on the NIuu language, with only three speakers left, originally planned as a teaching manual “which empowers communities and benefits scholarship”.

Brenzinger was also a visiting professor at the universities of Tokyo and Kyoto where he collaborated with Japanese Africanists, but also with academics and activists supporting the revitalisation of Ryukyuan (Japan) and Jejueo (South Korea) who “owe much to his engagement”.

The award ceremony will take place within the framework of Linguapax’s 30th anniversary celebrations (1987-2017) during the autumn.

Attachment I – How I became a linguist

Picture: Fortuitously, Matthias Brenzinger was one of the guest speakers at the recent Linguapax Symposium on the Status of Languages