Behind the landscapes and natural riches of the city of Inari, in northeastern Finland, a language is at risk of severe disappearance; the Sami of Inari. However, there is one person who has successfully revitalised the language and its culture, which has earned her the Linguapax International Award 2020. She is Marja-Liisa Olthuis. 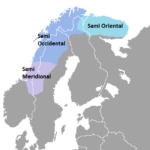 In August 2009, Marja-Liisa, together with the university, with an Inari Sami education centre and Inari Sami associations, a unique, one-year intensive language learning program in Inari’s Sami language. The participants were carefully selected on the basis of the needs of the Sami community. Within two years, Finland had completely funded the project, which was provided free of charge to the participants, who at the same time were receiving the same salary as they had previously received in their previous profession. 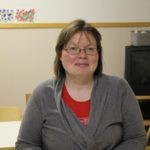 The program and its results were described in detail by Marja-Liisa Olthuis and their collaborators, in their book “Revitalising Indigenous languages. How to recreate a lost generation “(2013).

Without her, Inari’s Sami language would have no children or adult speakers within a few decades. There are currently dozens of children who speak Inari’s Sami as their first or second language, and 450 is the total number of speakers of that language. Progressively, a process of awareness-raising on the importance of revitalising the language is emerging. Inari is now living a process of complete transformation.