2016 Co-winners are Yambirrpa School Council/Djarrma Action Group of the Yolngu community of Yirrkala in the Northern Territory of Australia, and the International and Heritage Languages Association from Canada.

This year, the jury made up of forty international experts has decided to award the prize ex aequo to two organizations that are geographically distant and diverse in their approach of promoting diversity. Both, however, share the perseverance and the will to preserve languages that are either threatened in their own territory or are part of the assets of displaced individuals and populations.
One win 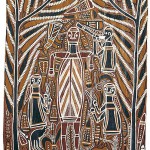 ner is the Yambirrpa School Council/Djarrma Action Group representing 14 Aboriginal language groups of the Yolngu people of Yirrkala and Laynhapuy in Arnherm Land (Northern Territory, Australia). These institutions carry on the struggle initiated more than 40 years ago by the community elders to convey the cultural and linguistic heritage of their people through bilingual teaching programmes in Yolngu, in steady decline since 1980 due to government action. 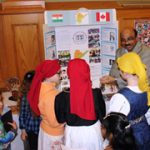 The other winner is the International and Heritage Languages Association IHLA, founded in 1977 in Alberta (Canada) to help build a multicultural and multilingual country. The IHLA advocates for the acknowledgement, accreditation and legitimacy of heritage languages learner’s skills in high shools, for the recognition of heritage language teachers’ backgrounds, for raising awareness among young people, general public and politicians and decision makers of the values of multilingualism. Over the past 40 years, IHLA has supported at least 100,000 families in maintaining and developing oracy and literacy in their mother tongues.