Kit Woolard, Professor Emerita at the University of California, San Diego, has agreed to join the Linguapax Advisory Board, made up of more than twenty international experts on matters relating to linguistic diversity. Professor Woolard, who specializes in linguistic anthropology, is a worldwide known researcher, mostly because of her contributions to the field of linguistic ideologies, and has published extensively on topics related to bilingualism, the link between language and ethnicity and political discourse. As for her scientific output, we can highlight her books Double Talk: Bilingualism and the Politics of Ethnicity in Catalonia (1989) and Singular and Plural: Ideologies of Linguistic Authority in 21st Century Catalonia (2016). 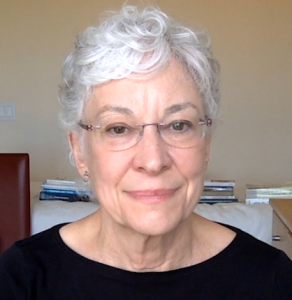 Professor Woolard’s experience, which can be appreciated in her lesson for the Linguapax MOOC “Linguistic Diversity, What for?“, will be of great importance for strengthening and disseminating the knowledge about the sociolinguistic situation of Catalonia in Linguapax’s networks and the implementation of her work on linguistic ideologies to other contexts of minority languages in the world.