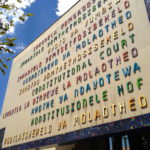 “The status of languages – Does official recognition matter?” is the title of the international conference organised by Linguapax, on Novembre 24 and 25, in cooperation with the Catalan Public Administration School and with the support of the Catalan Department of Culture.  This conference aims to open the debate on the contribution of the legal framework and resulting language policies to the protection of local languages, in the light of the analysis of plural yet comparable experiences such as Finland, India, Malta, Paraguay, Slovenia, South Africa or Switzerland.

Our guest speakers, legal experts, sociolinguists and activists from or familiar with these realities will provide elements of interest in the debate focused on issues such as: How can consensus in determining the status of languages be forged? What is the meaning and content of the official or other legal status of languages provided for in constitutions or legislation? What is the real or practical impact of the official legal framework, or of the recognition of other forms of status, on languages in shaping linguistic reality, based on its enforcement and practical implementation by political and social actors? On the basis of what principles, including those not provided by law, and through what forms of intervention, are the linguistic policies of public authorities expressed? What distance is there, if any, between the legal framework of language protection and the practices of political and social actors involved in the protection of languages, and what reasons may help to explain the distance? What kind of interaction or forms of collaboration between public authorities and social actors can contribute to the objectives of language preservation?