It has not been easy for the Linguapax International Award Jury to select the winner among several nominations of individuals, teams and organizations from different parts of the world working hard to preserve and promote endangered languages, multilingualism, linguistic rights and linguistic diversity.

Finally, the jury elected Idara Baraye Taleem-o-Taraqi, aka IBT, a Torwali organization based in the Swat district of Pakistan, whose mission is to transform the marginalized ethnic groups living in northwest Pakistan into empowered and sustainable communities by the active participation of people without any gender, racial and religious discrimination.

The international jury’s members highly value IBT’s collective and bottom-up methodology, and its holistic approach. The extremely troubled political, geographical and social environment in which the team of Idara Baraye Taleem-o-Taraqi operates makes their work even more challenging and arduous. The jury underlines that minority languages in this part of a deeply unequal country, Pakistan, are desperately in need of support of any kind, and what is being attempted by IBT is excellent.

Idara Baraye Taleem-o-Taraqi, established in Bahrain in 2007, operates in Swat, Chitral, Upper Dir, Shangla, Indus Kohistan and Gilgit-Baltistan. They work to preserve and promote the indigenous cultures and languages of the Torwali and other linguistic minorities by fostering literacy, education, research, advocacy, documentation and publications.

Convinced that minority language revitalization programs in the indigenous communities don’t work well when undertaken in isolation, they adopted a holistic approach and integrated language development within the larger goal of community development. Therefore, they carry out projects in the different spheres of society: language, education, culture and identity, but also human rights, natural resources, personal and economic development. Furthermore, IBT conducts research on endangered languages for their documentation, preservation, revitalization and promotion. 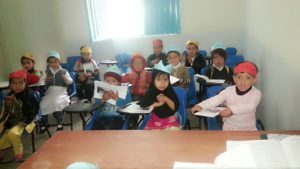 Since its establishment, Idara Baraye Taleem-o-Taraqi has been providing quality and inclusive education for children in their native language, Torwali, but also in Urdu and English. More than 900 children have benefitted from the so-called Mother-Tongue-Based Multilingual Early Childhood Education initiative so far, and the organization receives constant requests to establish schools in different parts of Pakistan (read more here).

With the aim of increasing literacy and awareness among girls and women, the IBT team also implemented a number of Education Centres where girls and women were encouraged to learn to read and write both Torwali and Urdu, and were also taught primary school mathematics along with basics in human rights, environment, health and hygiene, ethics and cultural studies (for more information, see this article). 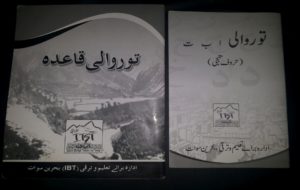 Another noticeable activity realized by IBT is the creation of different kinds of books in Torwali: a school book with the contents provided by Pakistan curriculum but with a special focus on pluralism, cultural studies and ethics; a 10,000-word Torwali dictionary, a book of daily conversations in Torwali and one of Torwali folktales, all translated into Urdu and English, too. In addition, they also produced a DVD of Torwali songs performed with modern instruments but retaining the original tone and beat. The disc, titled Manjoora (“gift” in Torwali), was distributed for free among community members.

Other projects worth mentioning are the Pakistan Mountain Folk Music School Integration Program, the Campaign for Improving Access, Quality and Retention in formal Education ,the project Economic Viable Empowerment (Eve) for the Women of Swat-Kohistan, the Water and Forest Conservancy Campaigns, the Indigenous culture festival “Celebrating Indigenous Culture for Peace” (Bahrain, July 2011) and the Seminars and Conferences on Endangered Languages and Cultural Policies.

*The 2021 Linguapax International Award is supported by: