Linguapax International, in collaboration with the “Filmoteca de Catalunya”, has organised a series of films related to language and languages. This activity has taken place within the framework of the International Year of Native Languages, coordinated by UNESCO. The films screened have been: 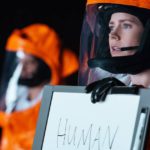 ×
×
We use cookies to improve the quality of our services and for statistical purposes only. By continuing to use this website you are giving your consent to cookies being used.OKRead more