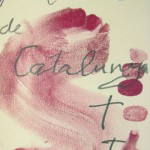 The Statute of Autonomy of Catalonia approved in 2006 stipulated in Article 6.1 that “Catalonia’s own language is Catalan. As such, Catalan is the language of normal and preferential use in Public Administration bodies and in the public media of Catalonia, and is also the language of normal use for teaching and learning in the education system.” The right wing Popular Party filed an appeal mainly relating to language, justice and fiscal policy and four years later, on 28 June 2010, the Spanish Constitutional Court pronounced a judgement, declaring unconstitutional, and consequently null and void this Article 6.1. and other 16 articles.

On 29 June 2010, Linguapax drafted a statement in response to this decision of the Constitutional Court that limited the scope of the use of Catalan, concurring with a massive response from civil society and Catalan institutions.

On 10 July 2010, nearly 1.5 million people gathered in Barcelona under the slogan “We are a nation. We decide”. This demonstration was convened with the support of most political parties represented in the Parliament of Catalonia, trade unions and 1,600 civil society organizations including Linguapax.

As directors and members of the Linguapax Advisory Board, an international non-governmental organisation that promotes the protection of linguistic diversity, and aware of the sentence passed by the Constitutional Court of the Spanish State which declared as unconstitutional article 6.1 of the Statute of Catalonia, which recognised Catalan as Catalonia’s own language and ensured its preferential use in Public Administration bodies and teaching, we declare that:

1. Weakening the legal state of the Catalan language is an error. If Catalan is not considered Catalonia’s own language, its use will continue to give way to the Spanish language, which benefits from hundreds of legal regulations.

2. The Spanish State could be considered an example of protecting linguistic diversity, but, instead, is becoming part of the group of States that maintain a hierarchy between languages and accept linguistic substitution processes that favour the languages which are most protected.

3. Catalan society was going through a process, in a peaceful way, to recover its language that was persecuted during the years of dictatorship. Catalan society is a victim of an artificially provoked attack which will make difficult linguistic coexistence that until now had been an international example of best practice. As a result, we declare our wish for this error to be solved with deep respect to the democratic will of the people of Catalonia.

The text of the declaration, along with the signatures of renowned scholars and language rights militants from around the world is available in English and Catalan in pdf.

Declaration of Linguapax on the decision of the Constitutional Court of Spain which weakens the legal recognition of Catalan (pdf, 10 pages)